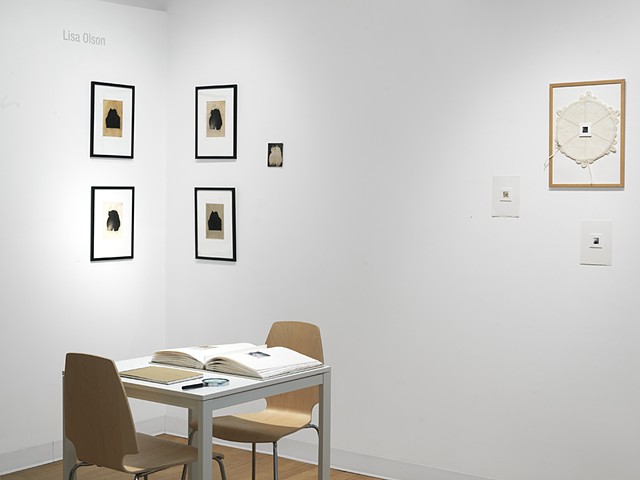 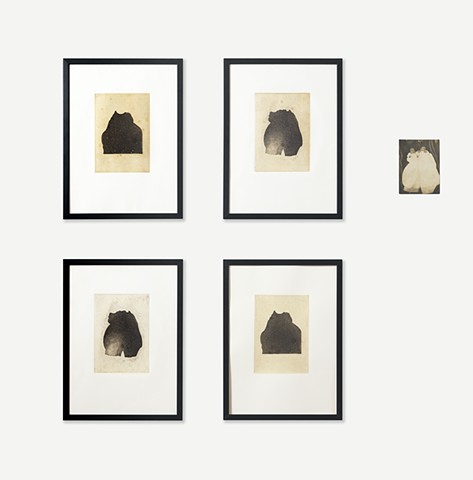 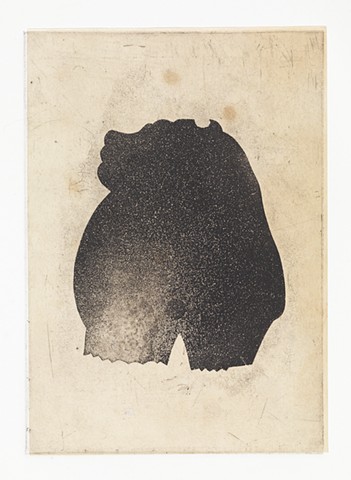 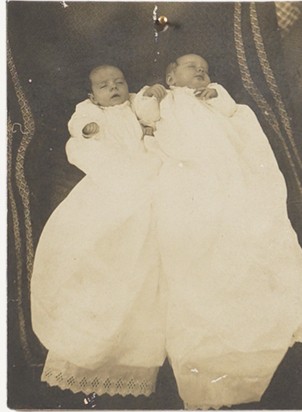 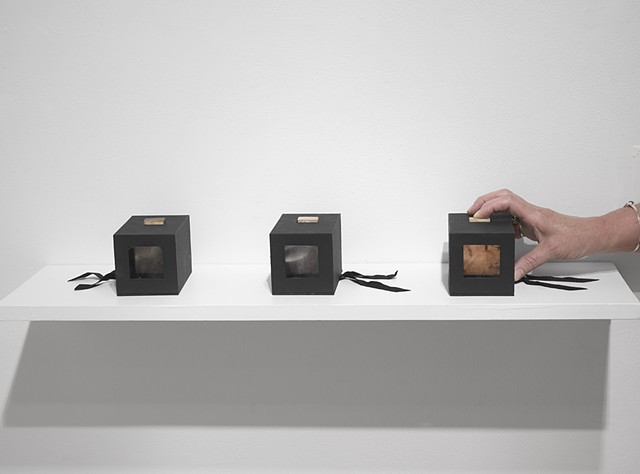 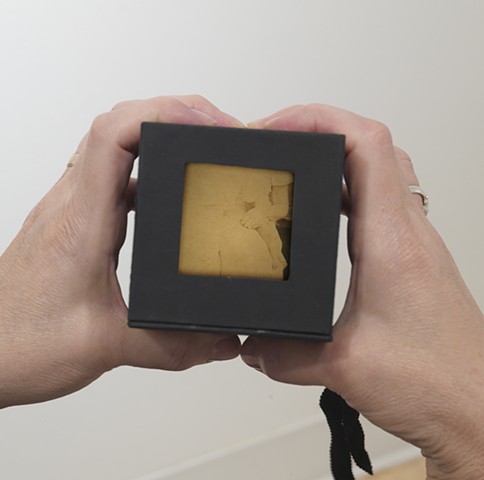 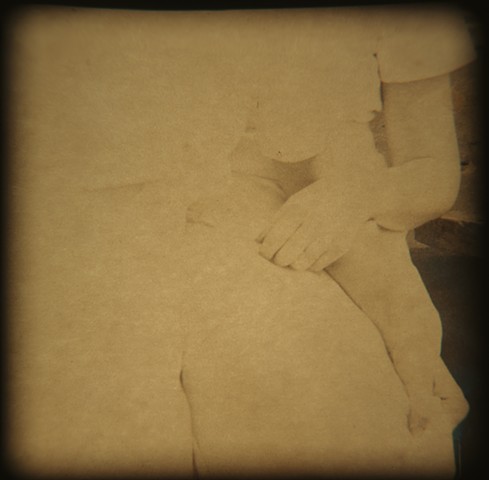 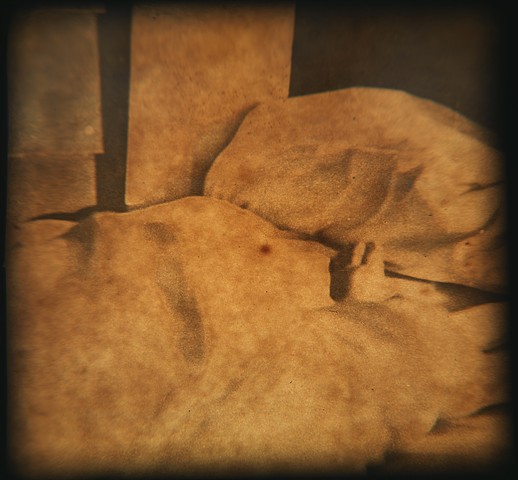 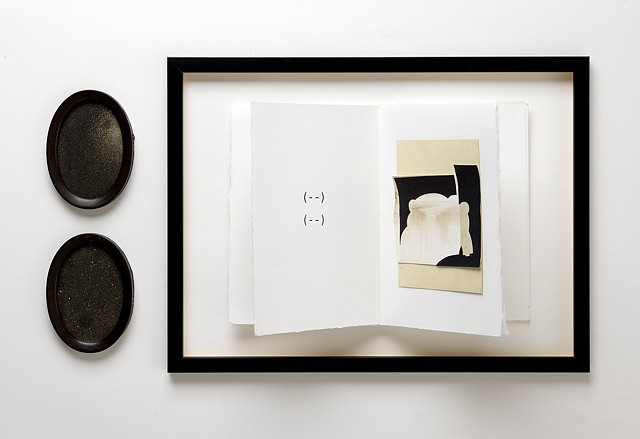 from "The Constellation"
Etching, letterpress, collage

Artist’s Notes: Affine “From a real body, which was there, proceed radiations which ultimately touch me, who am here . . . the photograph of the missing being, as Sontag says, will touch me like the delayed rays of a star.” Roland Barthes, Camera Lucida

There is a lovely passage in the Grimms’ tale of Brier Rose, better known to us as Sleeping Beauty; as the princess falls asleep, the rest of her world quiets and becomes still. Time stops. In a photographic image time stops as well.

The first power of a photograph speaks to ephemerality and absence. There is pathos involved - the photograph is essentially naïve, innocent of a future, its people and places locked into a lost time. But in our hands, a photograph is a miracle of visual privilege. It allows us to see what was once real but now gone.

In scientific terms the photograph is evidence, the physical testament of a set of photons that once hit and object and bounced back through a lens to create an image.

I began this project by mining through nearly a thousand photographs collected in large lots from antique sellers. I selected images that attracted me beyond subject matter, those with enigmatic appeal - perhaps color, tonal quality, shape, paper surface or texture. Most of the photographs I chose to work with come from the immediate generations before my birth, years at the periphery of my experience.

There is poignancy in the anonymity of found photographs. What were records have now become specimens, obfuscated by separation from original context and meaning. When I made this body of work, I was aware of my hand in creating new contexts for this found imagery. Sometimes I followed an impulse to restore meaning by grouping and arranging photographs into fictional narratives but more often I sought to create a poetry by further distilling them into abstract shapes and compositions.